Coming out with our new name!

Today is the 31st anniversary of National Coming Out Day, a time to celebrate coming out as lesbian, gay, bisexual, transgender or queer. Coming out to family, friends and coworkers is how we’ve changed hearts and minds, and it’s how we’ve moved America closer and closer to full equality.
This weekend, we are taking part in the Florida Democratic Party 2019 State Convention and we’ve chosen this day – this moment – to officially announce the caucus’ new name: we are now the Florida LGBTQ+ Democratic Caucus!
At our July Summer Conference in Tampa, the caucus membership voted to rename our organization from the Florida LGBTA Democratic Caucus to the Florida LGBTQ+ Democratic Caucus. We added the Q+ to be inclusive of non-binary members of our community and those who identify as queer, while the plus also encompasses our straight allies who are so integral to advancing our rights. LGBTQ+ also brings our organization in line with national political and advocacy organizations.
With the name change comes a new brand. We modernized our logo and added black and brown stripes to the rainbow-wrapped Florida to represent LGBTQ+ Floridians of color and the fact that we are one, diverse community standing together in the fight for equality.
If you’re attending the Florida Democratic Party State Convention, please join us in sitting with the LGBTQ+ caucus delegation at the general sessions and at our business meeting at 4:15 p.m. on Saturday. Let’s keep working together to defeat Donald Trump and elect Democrats up and down the ballot in 2020! 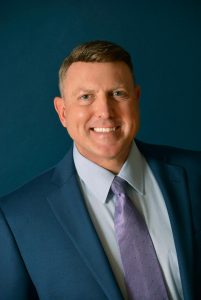